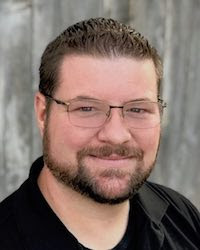 How did he get into property management?

Chuck Kelley joined Porter Realty, Inc., in January 2012 and began his real estate career in property management.  He obtained his real estate license that same year.  For 6 years he was the full-time property manager.  Then in 2017 Chuck obtained his Residential Management Professional (RMP®) designation from the National Association of Residential Property Managers (NARPM).  This designation is only held by about 25 property managers in the State of Colorado.  In 2017 Chuck started Eclipse Property Management to help investors manage their properties and help tenants find quality homes and apartments to live in.

Where did he grow up?

Chuck grew up in Pagosa Springs, Colorado.  In high school he was an active member of search and rescue.  He joined the United States Marine Corps in 1999.  As a Corporal, he was with the first troops entering Iraq in March of 2003.  After his military service, he began a career in civil service.  He has served as a Deputy for the Alamosa County Sheriff's Department, and as a Police Officer and Detective for the Alamosa Police Department.  Chuck learned the value of helping people at an early age from his parents.  Both worked in civil service; his mother as a dispatcher and his father as a police officer.

When did he move to the SLV?

He married Cimarrona in 2003, and they have two daughters, Charlie and Ezri. They moved to the San Luis Valley in 2005.  While living and working in the San Luis Valley, he attended Adams State College and obtained his degree in 2010. Chuck and Cim bought their first home in 2010, and have been happy homeowners in Alamosa.  Chuck loves playing video games and traveling.  He is heavily involved with the Masonic Lodge, Rotary, and the SLV Business Coalition.  However, family and career are Chuck’s priorities.

On the lighter side of real estate ...

"I once got a 5 star review from someone I evicted because they were so happy with how I treated them during the eviction."